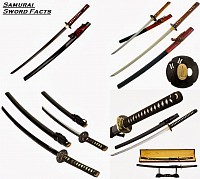 Nunchaku or nunchucks it all depends how you spell it. This weapon is my specialty. I've been using nunchucks for over 40 years now. A great weapon I'm sure you will love. We have practice chucks also so you don't hurt yourself when practicing your Ninja moves. Prices from $10-$33

Bruce Lee Nunchucks Also known as nunchaku, nunchucks, chucks or chain sticks, originally a farm tool used to harvest rice, it developed into a traditional Okinawan weapon and consists of two sticks connected at their ends with a short chain or rope.

During the Japanese occupation of Okinawa some 350 years ago, invading warlords prohibited the use of ordinary weapons such as the gun, sword and spear. So, the Okinawans turned to karate and kobu-do, which is the art of karate weapons such as the bo (a staff), sai (a short sword with the two prongs at the handle, kama (a sickle), and surushin, a length of rope with weights attached to both ends) for protection. Some kobu-do weapons were farm implements which the ingenious farmers converted into effective protective devices. For instance, the forerunner of the nunchaku was an instrument used to pound grain, which was later put to practical use as a weapon. The nunchaku was constructed of two hardwood sticks which were securely connected by rope braided from horses' tails. Today, the sticks are tied with rope or chain. Because of is innocent appearance, nunchucks could easily be mistaken for a toy or harmless bundle of sticks. In a defensive situation, however, it could be used to strike, block, hit, twist and pinch.

Brass Knuckle Paper weights or belt are a fun conversational piece you will love. $7-$45

This is the machete that everyone is still talking about! Another exceptional example of craftsmanship from master knife maker Gil Hibben, this machete was designed for a hit motion picture movie and was also featured on the cover of Blade magazine. This machete is surely tough enough for any job you need it for, too! It's crafted from one solid piece of heat forged 1090 carbon steel. The blade has a unique weathered finish, and the handle features black cord wrappings for the secure, comfortable grip you need in a machete of this caliber. It includes a genuine leather lanyard and heavy duty sheath for easy transport. The heavy construction, combined with the thoughtful finishing touches and accents, makes this machete both functional and visually pleasing, giving you a blade that will stand the test of time and be used and enjoyed for generations. Includes certificate of authenticity.  $175.00 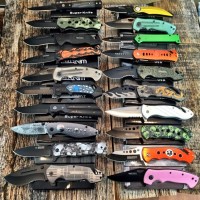 Knives we have all kinds of knives from Hunting, fishing, spring assist, pocket knives and more. Prices from $12.00-$670.00 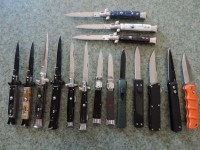 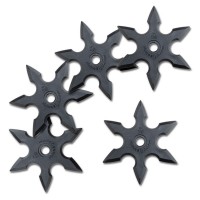 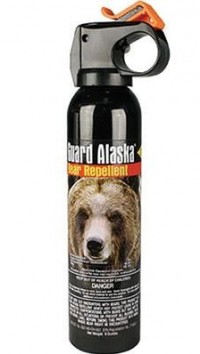 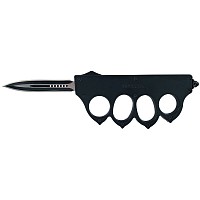 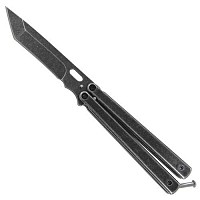 Butterfly Knives are my favorite knife! I've been using them for over 40 years. There is a variety of styles and colors to choose from. 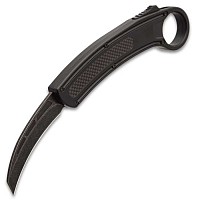